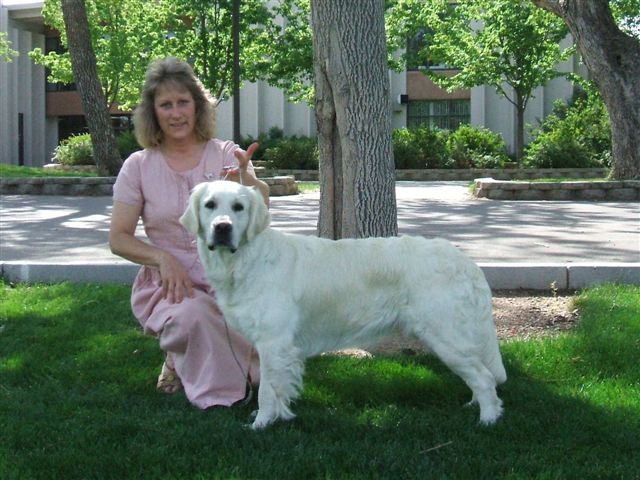 Reva was imported from Belgium in 11/2006, she too is from OF LYNDIEWOOD kennels just like her aunt Remi. When I found out that Guy and Myriam had bred Remi's full sister Britt (who they own) to 'Boy' (Ch. Golden Rose-Bay's Ambassador) who happens to be a grandson of both the famous Ch Golmas Governor and Ch Standfast Angus... we just had to have another girl from them to carry on our foundation lines. We are expecting great things from Reva....Guy stated that she is from the "best litter he has ever produced" and Boy's owner Brigitte said "this litter was the best "Boy" has produced to date !!!!).

Reva is the dam to our beautiful Ransom.